Now I’m not exactly categorizing Frankie Valli and The Four Seasons as “classic rock”, but I think we can all agree that doo-wop influenced the heart and soul of many of the great rock artists to follow, including Billy Joel, Elton John, Steve Perry, Jon Bon Jovi and many, many more. 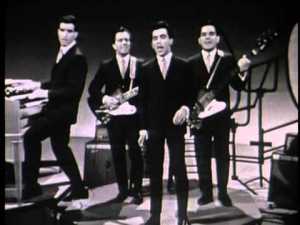 And, after finally seeing the biopic, Jersey Boys, I just had to include at least one of their songs in UTRS. “Sherry” was the first song by Frankie and the boys that I can remember making an impact on my rock conscience, bursting off the speakers in 1962. Even as a young boy, I could tell this was something special, something very different from every other sound out there.

With their huge catalog of hits – even though a lot of their early hits sounded a lot alike – spanning two decades, there were a lot of songs I could pick from, but after seeing the movie, their take on “Sunday Kind Of Love” really spoke to me.

I think many of us can identify with the kind of love that continues past the excitement of Friday or Saturday night dates and on into Sunday. I can remember moving past that first stage in relationships and it seemed like the Sundays spent together, maybe at a family gathering, a quiet walk and picnic in the park, or – heaven forbid – attending church together, always took things to a higher level of closeness. There was just something extra special about a Sunday date.

I do my Sunday dreaming, oh yeah
And all my Sunday scheming
Every minute, every hour, every day
Oh, I’m hoping to discover
A certain kind of lover
Who will show me the way

“Sunday Kind Of Love” was first released in November 1946 by the Claude Thornhill Orchestra and became the signature song for his lead singer, Fran (Frances) Warren. It has been covered dozens of times over since – most notably by the amazing Etta James – and it only seems fitting that one Francis Castelluchio would later choose the song for his new group, The Four Seasons.

And my arms need someone
Someone to enfold
To keep me warm when Mondays and Tuesdays grow cold
Love for all my life to have and to hold
Oh and I want a Sunday kind of love
Oh yeah, yeah, yeah

Yes, we all long for a love that lasts, one that’s permanent. Unfortunately, in this world, that kind of love can be very, very hard to find. But for a long stretch in the mid 60’s, there were a lot of folks out there falling in love to – and with – the songs penned by Bob Gaudio and sung in the one and only Frankie Valli’s falsetto. Between 1962-1975, Frankie and the boys from Jersey scored twenty-nine Top 40 hits including five #1’s (“Sherry”, “Big Girls Don’t Cry”, “Walk Like A Man”, “Rag Doll” and the cherry on top, 1975’s “December 1963 (Oh What A Night)”. And, just when you thought he was done, Frankie came back with a killer job on the Bee Gee’s penned title track for the blockbuster movie and stage play “Grease”.

If you haven’t seen it yet, I highly recommend seeing Jersey Boys, which is largely fact based and reveals a lot about the group that most people – including their record label – didn’t know. Here’s just a few bits of interest from the film that are true to life: 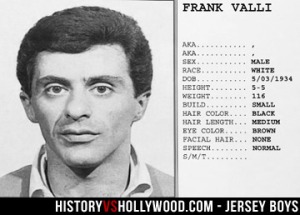 So settle back and ready yourself for some classic doo-wop by one of the best of the genre. “Sunday Kind Of Love” wasn’t one of the groups bigger hits, but I’ve always held it as one of mine.

Check out the original here: