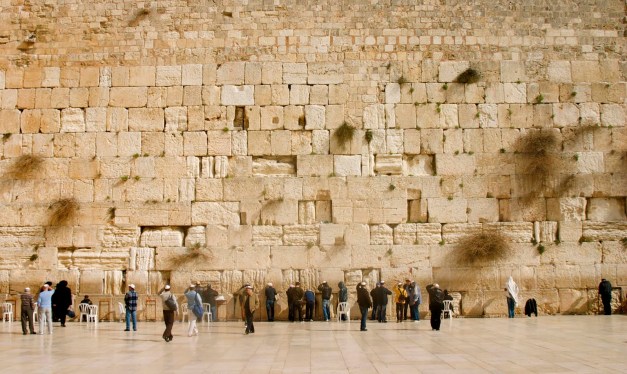 Nothing lasts forever. Boy ain’t that the truth?

At least that’s the way it seems for most things on this earth. But some things do last longer than others. And that’s comforting.

Familiarity breeds contempt.  Things become routine and we get bored. Sometimes we need change, just for the sake of change. This happens with most things in our lives: cars, jobs, homes and, sadly, with our relationships.  Even our relationship with God.

But there are times when we need to dig in deep, to reach out and “hold on loosely (but don’t let go)” as Johnny Van Zandt once sang. I read something recently that sticks in my mind: “A perfect relationship is two imperfect people who refuse to give up on one another”.

Bryan Ferry turned a corner of his own in early 1970, forming Roxy Music (a wordplay on rock music) and holding on to his dreams of rock-n-roll stardom. The band had moderate early success in the early 70’s pursuing the “glam” or “glitter rock” stylings of other artists like David Bowie, T-Rex, Gary Glitter, Alice Cooper and Lou Reed. Songs like “Virginia Plain”, “Pyjamarama” and “Street Life” capitalized on the synthesized keyboard driven melodies that were topping the charts for those other artists. 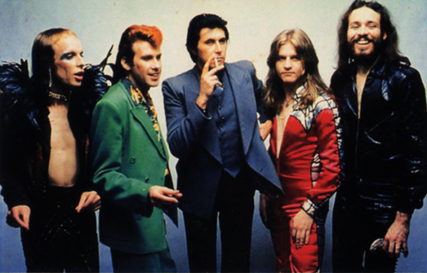 Unlike Bowie, Cooper and T-Rex, however, Roxy Music did not receive much attention here in the U.S. until 1974’s “Love Is The Drug” hit the airwaves. It was perfect for the burgeoning disco sound that was beginning to dominate the clubs. I remember clearly the first time I heard the song; it had that irresistible thumping groove replete with the timbale roll, accompanied by Bryan’s signature seductive – yet elegant – croon.

And just as suddenly as they had burst onto the scene – poof – they disappeared. It wasn’t until 1979’s “Dance Away” that they made any real impact  again, ironically just as the disco scene was dying out. It seemed to me that “Love Is The Drug” and “Dance Away” made perfect bookends for the whole disco era.

And then it came; in 1980 the group released their best album to date, Flesh And Blood. It produced four solid hits including  “Over You”, “Oh Yeah”, “Same Old Scene” and the fabulously quirky cover of Wilson Pickett’s “In The Midnight Hour”.

“Same Old Scene” really jumped out at me. I had gone to the Atlanta premiere for the movie Times Square, and it was featured in the soundtrack (which is a great album in it’s own right for those who loved the late 70’s/early 80’s punk/alternative sound).

Flesh and Blood was followed by – in my humble opinion – an even bigger masterpiece, 1982’s Avalon.

A few interesting tidbits about the band include:

I guess with all of Bryan’s womanizing, it’s obvious that he was certainly not one who cared for the “same old scene”, but his song lamenting it sure sounds as fresh as it did back in 1980. Check out the original here:

And check out “In The Midnight Hour” live on MTV’s 1980 New Years Eve Special: 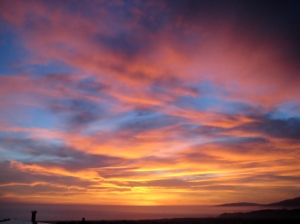 I was born by the river in a little tent
Oh, and just like the river I’ve been running ever since

It’s been a long, a long time coming
But I know a change gon’ come, oh yes it will

You can run, but you cannot hide. Sooner or later, we all get to a point in life where we begin to question what it’s all about. For some, perhaps due to unusual life circumstances or events, this question raises itself early in life. For others like myself, it comes later.

All the things you were once so sure of; you no longer are. All those things that once seemed so important; they no longer are. You begin to feel this vacuum, this emptiness, a chasm that seems so deep and wide. You don’t know what to grab onto. All the confidence of youth is lost.

It’s been too hard living, but I’m afraid to die
Cause I don’t know what’s up there beyond the sky

And you get to the point where you say “this is hard, it’s just too hard”. Why can’t it be easy, like it was back in your younger days? So carefree, so open, so optimistic…and so, so, very naive. And what is the alternative?

Then I go to my brother
And I say, “Brother, help me please.”
But he winds up knockin’ me
Back down on my knees

And those friends you thought you had? Like family? I was told by my father when I was young that if, at the end of my life, I had more true friends than I could count on one hand, I would be an extremely fortunate man. I still hope I can prove him wrong, but I’m no longer sure.

But the very good news is this; a change is indeed gonna come. I no longer care as much about who is  going to be a friend to me, but rather to whom can I become a friend. And that all starts with a relationship that we all have right in our hands, all along.

It’s been a long, a long time coming
But I know a change gon’ come, oh yes it will

Mike Farris’ story is one of coming to what I call “that shining moment of clarity” earlier, rather than later in life. If there ever was an artist’s story that was perfectly crafted to fit into what this blog is all about, it’s Mike’s.

Mike’s troubled childhood led to early problems with drugs and alcohol, resulting in his almost dying from an overdose before he was 21 years old. I first picked up on his music in 1994 via the Screamin’ Cheetah Wheelies with their self-titled release that included the smoking hot single “Shakin’ The Blues”. If you are a fan of the 70’s “southern boogie” style of music made popular by groups like Lynyrd Skynyrd,  The Allman Brothers, The Marshall Tucker Band, Elvin Bishop, etc., you should definitely check it out.

Jon Stewart famously said of Bruce Springsteen at his Kennedy Centers Honors tribute: “I believe that Bob Dylan and James Brown had a baby. They abandoned this child on the side of the road between the exit interchanges of 8A and 9 on the New Jersey Turnpike. That child is Bruce Springsteen.”

I’d like to make a similar speculation. I’m not sure where Mike was born and who his real parents are, but if Al Green and Eric Clapton somehow had a child and abandoned him in La Grange, Texas to be fostered by Stevie Ray Vaughan, well he would probably sound a lot like Mike Farris.

The SCW’s enjoyed a fair level of success with seven album releases between 1994 and 2004 and  five Top 30 charting singles. But it wasn’t until 2005 that Mike really had a personal breakthrough, becoming clean and sober for the first time since he was 15 years old. From this newfound state of clarity came his 2007 release, Salvation In Lights, which featured the Sam Cooke classic “Change Is Gonna Come”.

At this point, Mike’s career and accolades really began to take off. His achievements included an Americana Music Award for New/Emerging Artist in 2008 and a Dove Award in 2010. And his live performances at Bonnaroo and SxSW – among others – were all getting rave reviews.

But like the song said, just as it seemed he was beginning to stand solidly on terra firma, something knocked him back down again. This time it was an addiction to painkillers resulting from ruptured discs, back surgery and the death of his manager, Rose McGarthy, along with other personal issues. This time around Mike sought help in rehab.

Proving you can’t keep a good man down, Mike has re-emerged in 2014 with the release of what I think is his greatest work ever on Shine For All The People. The album includes a wide range of sounds and emotions with cuts like Blind Willie McTell’s “River Jordan”, J.B. Lenoir’s “Jonah And The Whale”, the heartfelt “Mercy Now” written by Mary Gauthier and my personal favorite “Power Of Love”. If listening to SFATP doesn’t make you want to take a front row seat for a blistering hot Wednesday night Pentecostal tent revival…well, nothing ever will.

As Mike said in a recent mini documentary for the album, “I sing because I have to sing.” and “(Gospel) it belongs to the people who had to go up the rough side of the mountain”. And as Rodney Crowell said: “It  (the music spirit or muse) must have some kind of intelligence behind it, because it chooses a vessel that’s the perfect delivery system for inspiration.” But Ashley Cleveland probably sums it up best, saying: “I would say he’s a gospel singer for the people…and I mean ALL the people.”

So, you can close your eyes and picture Sam Cooke’s original while listening here to Mike. And while you’re at it, take time to reflect and consider all the changes that are surely gonna come.

Oh and as an added bonus, be sure to check out the two cuts from Shine, as well.

Listen to Mike’s version of “Change Is Gonna Come” here:

From his new release: Shine For All The People: