These things I have spoken to you, that in Me you may have peace. In the world you will have tribulation; but be of good cheer, I have overcome the world. ~ John 16:33

I like the way your sparkling earrings lay,
Against your skin, so brown.
And I wanna sleep with you in the desert tonight
With a billion stars all around.

Well it may be a new year, but some things are nothing new at all. People come and people go, but this old world just keeps on turning.  And something that’s surely not new is the continuing passing of our classic rock heroes. It’s just a sign o’ the times, I guess; most of the rockers of the 60’s and 70’s were born before 1950 and they’re all just getting older.

‘Cause I got a peaceful easy feeling,
And I know you won’t let me down
’cause I’m already standing on the ground.

It doesn’t make it any easier though, does it?  With most of the recently departed (David Bowie, Cory Wells, Mike Porcaro, BB King, Jesse Winchester, Chris Squire, Johnnie Winter and Billy Joe Royal are just a few that come to mind), I was wistfully sad to hear of their passing. I made a Facebook post for each, including a favorite song or memory, then watched it fade like a plume of smoke into the open air.  It didn’t really affect me in my core.

And I found out a long time ago
What a woman can do to your soul.
Oh, but she can’t take you anyway,
You don’t already know how to go.

But Glenn Frey’s death was something different altogether. He was still young and vital. And even more, he was…one of US. For those of you reading who were teens of the 70’s, you’re sure to understand. The Eagles songs were definitely the “soundtrack of our lives”.  Sure, there was Fleetwood Mac and Elton John, Bruce Springsteen and Billy Joel…but they were rock stars, idols, unapproachable. Even if you never met him, if you ever went to an Eagles concert (and everybody did; if not for themselves, for their girlfriend), you felt like you knew him. He was connected to us. 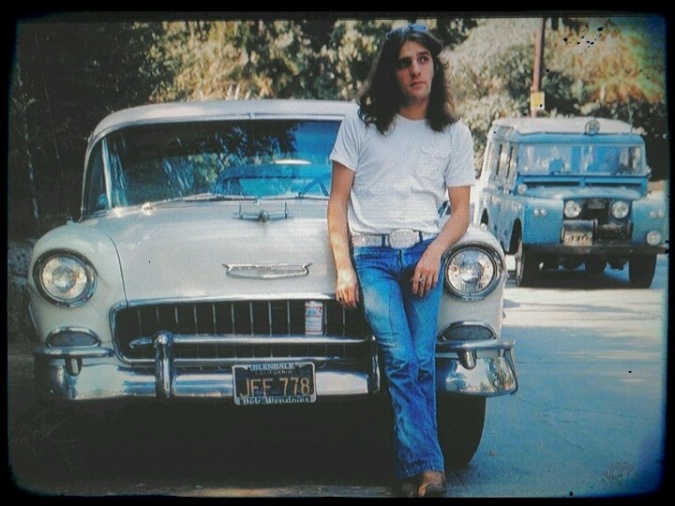 And I got a peaceful easy feeling,
And I know you won’t let me down
’cause I’m already standing on the ground.

We all know that music is one of those things that can transport us – emotionally – like a bullet, back to our past, reconnecting us, like it was yesterday to important times and events in our lives.  And for me, there was never another band that had more songs that earmarked the highway mileposts of my life, like the Eagles.

I get this feeling I may know you as a lover and a friend.
But this voice keeps whispering in my other ear,
Tells me I may never see you again.

And let’s face it, the Eagles were Glenn’s band. Don Henley was a force, for sure, as was Joe Walsh. But even Henley would say Glenn was the driver for all that the Eagles came to be.  The rest of the guys, from Randy Meisner and Bernie Leadon to Don “Fingers” Felder to Timothy B. Schmidt…they were all just following his lead. 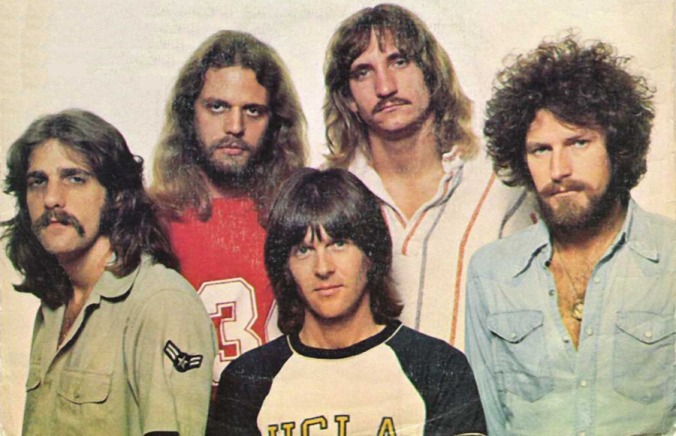 This post won’t list any of their stats or accomplishments, their platinum albums or their top hits. No “interesting tidbits” here. This one is just a simple tribute to Glenn and a big thank you to the man whose songs meant so much to me growing up.

Thanks for the memories, Glenn. You’ve given me a peaceful, easy feeling all my life.

P.S. If you haven’t seen the Showtime documentary History Of The Eagles: Part 1&2, you are surely missing out.

This song, in particular, has special meaning for me. I won’t name any names, but if any of my old pals from Terry Parker High School in Jacksonville, Florida happen to stumble upon this post, I’m sure you’ll know what I mean. Here’s Glenn and the boys, in their prime, in 1973: