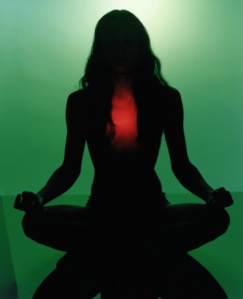 So they are no longer two, but one flesh. What therefore God hath joined together, let not man put asunder. – Matthew 19:6

Ever wonder what causes that almost instant attraction you have for certain people? And it does not always have to be the opposite sex. Just someone that we connect to. It’s rare, but it happens. And when it does, you can’t always put your finger on just exactly what it is about them.

It’s that whole “find your soul-mate” thing. Nowadays you can just order it up online. Or at least that’s what they advertise. Some call it chemistry. And I guess it is chemical. Something elemental within us.

I’m so glad to be happily married (for 26 years this past week). I’d hate to be looking for love on the internet. It seems so…clinical.  So impersonal. It’s a procedure now, for crying out loud. It just doesn’t seem to me that it would be quite the same as back in the day.

But even when (and if) you find that “soul-mate”, you’ll still sometimes wonder. Is it real? Will it last? Certainly this is God’s plan for us. You have to set aside those doubts and go with it.

“The Element Within Her” is one of many Elvis Costello penned songs that passed me by, until I heard it covered by another artist. The other artist In this case, Marti Jones. It was a hidden gem on 1983’s “Punch The Clock”, overshadowed by the Top 40 success of “Everyday I Write The Book” and the haunting tones of “Shipbuilding”.  But mostly, I was still totally hooked on “Imperial Bedroom” as it had just been released the prior year.

It wasn’t until I heard Marti’s cover version on her “Unsophisticated Time” in 1985 (which is itself a fantastic album) that I really started to take notice. And, like I have with many Costello songs, I came to appreciate his original version more, after getting attracted by the cover. Like Linda Ronstadt’s versions of “Party Girl” and “Girls Talk”.

And isn’t that surely the way it is? We start to take for granted those closest to us in favor of someone new? It’s only when we hear someone else echo those sentiments, that we realize that it was here in front of us all along.

Yes, sometimes the click is right…just trust it and go with it.